The Oldest Restaurants in the Desert 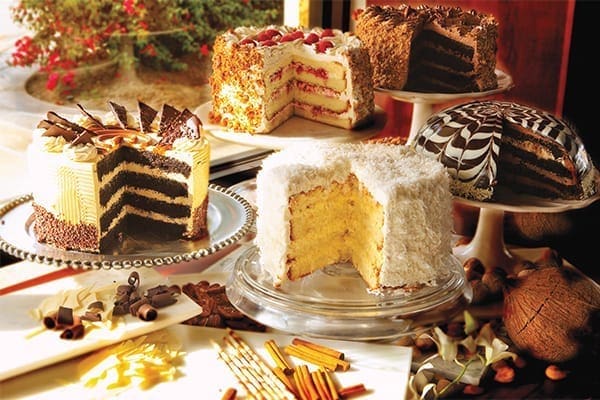 Sherman’s baked goods are created at their Palm Desert location and brought over to their spot in Palm Springs.

To step into Lord Fletcher’s is like stepping back in time to a place that is a historical cross between turn-of-the-century England and the Golden Age of Hollywood. “If you walked into the restaurant in 1966, this is exactly how it looked,” says second-generation owner Michael Fletcher.

“We’ve been so lucky that we’ve had clientele who have been coming in for 10, 20, 30, 40 years,” Fletcher says. “But the part I like to see now is the younger generation, people in their 20s and 30s. This whole new cultural thing of re-appreciating midcentury modern architecture or classic cocktails of the 1950s — it has been something that has encouraged a curiosity with a whole new generation of people.”

Among the tables, you’ll find the ones occupied by regulars Frank Sinatra and Lucille Ball. On the menu, the prime rib they have been serving since its opening is still one of the most popular dishes to order and is served with creamed spinach and the classic English favorite, Yorkshire pudding. If you are looking to order Frank’s go-to dish, that would be the braised short rib.

Around the restaurant you’ll find relics of antiques, art, and collectibles that were hand-picked and shipped from England by the restaurant’s original owner Ron Fletcher. One notable relic is the authentic Grandfather clock. “It actually came from my father’s house in Portsmouth, England,” Fletcher notes. “And it still worked when we brought it over, but unfortunately when it chimed it scared everyone. They thought it was a fire alarm, so we had to take the chimes out.”

Michael now carries on the legacy of what has become one of the most legendary restaurants in the desert, pioneering the popular Restaurant Row in Rancho Mirage.

“To be part of this community, growing up here, going to school here it’s been wonderful,” Fletcher says. “I’m so happy this is where my family came. This desert is a really unique area, and Rancho Mirage is really something special.”

From Sheri Dettman
In Dining Around The Desert