Pickleball Changes the Recreational Landscape in the Desert

Local pro Marcin Rozpedski provides the lowdown on the pickleball craze and how to play. 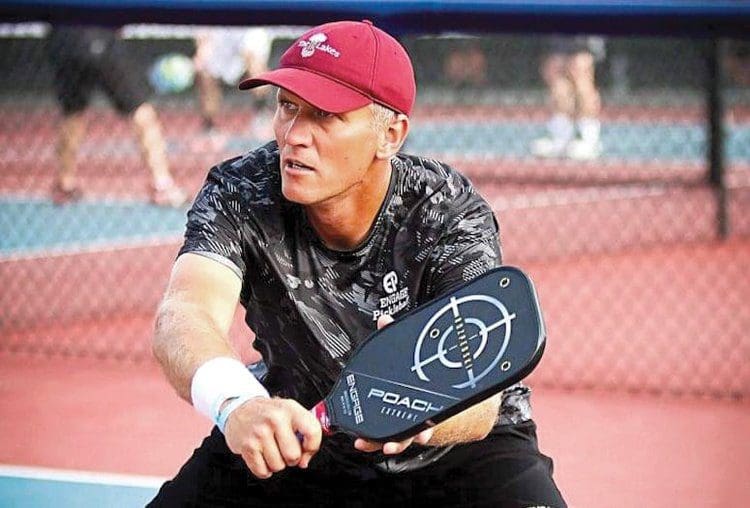 Marcin Rozpedski won the gold medal at the 2016 U. S. Open Pickleball Championship.

A seismic shift has been shaking up the recreational landscape as venues across the Coachella Valley convert their tennis courts for pickleball play. Last year, the USA Pickleball Association signed a multiyear deal to move its decade-old National Championships tournament from Arizona to the Indian Wells Tennis Garden. The event in November drew more than 2,200 players from 46 states and garnered a massive audience, thanks to an ESPN broadcast and livestream.

Marcin Rozpedski, who won the gold medal at the 2016 U.S. Open Pickleball Championship and is a former Davis Cup tennis member for Team Poland, teaches pickleball lessons daily at The Lakes Country Club in Palm Desert, where he is the sports director. He also leads beginner, intermediate, and advanced clinics on Mondays from November through May.

“This sport is very social with a lot of fun and a lot of action,” Rozpedski says, “and the learning curve is much easier than, say, tennis or golf. It’s a fairly easy game to learn and be introduced to at an entry level.”

“People often start playing with the incorrect shoes,” Rozpedski says. “They’ll be out there with street shoes or running shoes. Pickleball is played on a tennis court, so, for safety, players need to have a proper tennis or court shoe, allowing for side-to-side movement.”

“Start with a composite paddle — something strong and light, with carbon or graphite — for around $50,” he suggests (Rozpedski uses Engage Paddles). “Then, if you like the sport, move up to more advanced paddles where the face or the skin of the paddle provides more spin and feel. But the beginner won’t need this advanced paddle [or] the additional costs.”

“The ball is made of plastic, so it doesn’t come up high [or] come to you. That means you need to go to the ball: Bend your knees and stay lower. I see a lot of new players swinging at air because they’re waiting for the ball to bounce.”

Don’t Get Caught Cooking In The “Kitchen”

“The ‘kitchen line’ is the nonvolley zone, which means players cannot cross or step on this line while hitting a volley — this is what makes the game so much fun. Players can’t stay back on the baseline, or opponents will hit drop shots. Players need to stay close to the kitchen line and, therefore, close to the net — all of which makes [for a] game based on touch, quick volleys, and a lot of action.”

For the casual player, opportunities abound across the desert. If you seek a game, check out the USA Pickleball Association hub, “Places 2 Play,” at usapa.org.

From Sheri Dettman
In Lifestyles & Things To Do, Tennis Anyone?