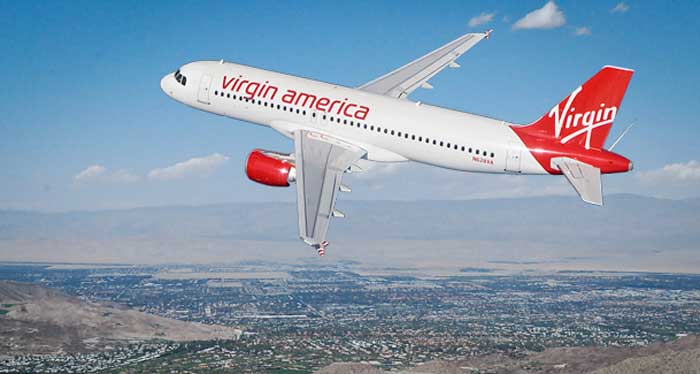 Just in time for winter getaways, the airline is expanding its footprint at Palm Springs, with a new 2012-2013 seasonal flight schedule that will include a new weekly Saturday nonstop flight from JFK to PSP – the only nonstop flight offered from the New York City area to Palm Springs.

The new service will add to Virgin America’s existing seasonal daily connecting flight schedule from JFK to PSP and its daily nonstop schedule from San Francisco International Airport (SFO) to PSP. Tickets are on sale as of today at www.virginamerica.com and 1-877-FLY-VIRGIN.* Advetised fares start from $79 SFO-PSP and introductory fares from $149 JFK-PSP.

“Since entering these Palm Springs markets, we’ve seen strong demand for our unique flight service. We’re pleased to be expanding in the market and offering a new nonstop option for travelers coming from New York to the Desert oasis this winter,” said John MacLeod, Senior Vice President of Planning and Sales at Virgin America.

Palm Springs and the other cities that make up the region, is the ultimate destination for outdoor adventure, arts and culture, gaming and entertainment. Palm Springs, Rancho Mirage, Palm Desert, Indian Wells, La Quinta, Indio and other desert cities offer streets lined with palm trees, the best in shopping, art galleries and museums and outdoor dining – all amidst breathtaking scenery. In addition to luxury resorts and world-class golfing, the region has welcomed an influx of hip boutique hotels and landmark events like the Coachella Valley Music and Arts Festival. Palm Springs has a history as the holiday home of many Hollywood stars from the 1940s on – and is known as the center of “Desert Modernism” mid-century modern architecture.