I browsed the local paper today, which took about five minutes. One headline proclaimed “Palm Desert Home Prices Rising.” The story went on to make several broad statements about local real estate that I thought I’d check out. I’ll help you here to read between the lines. 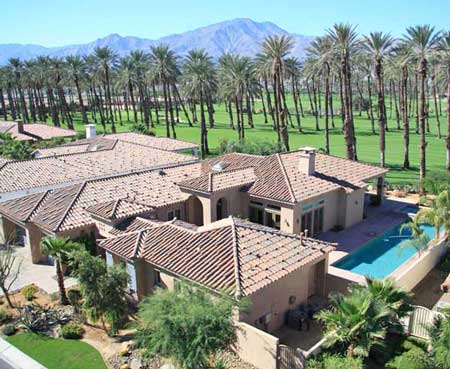 The majority of La Quinta’s distressed properties continue to be located in La Quinta Cove. ‘The Cove’ offers an eclectic mix of mostly entry-level properties and a large number of Section-8 investor owned rentals.

While some people like the funkiness of the Cove it’s not on the short list of shall we say 99.9% of people interested in second homes here in the desert. Of 177 Cove properties sold in six months, 82 were bank-owned at an average sale price of $117,816.

In the last six months 754 La Quinta homes were sold. 200 of these were bank owned sales. But when we take the Cove (see above paragraph) and any homes that sold at under $200,000 out of the mix, that number drops to 84 or about 11% of the total. Using the same parameters there were only 87 short sales or about 11% of sales in six months.

The median price has little bearing on the vast majority of people looking at buying or selling second homes in the desert. Most buyers want to be located in a gated resort lifestyle community, so the median price is out the window! A better strategy is to look at the average sales price over six months development by development.