A century ago, “Mother” Nellie Coffman single-handedly made Palm Springs a visitor destination — but don’t bother looking for landmarks honoring her in the city. 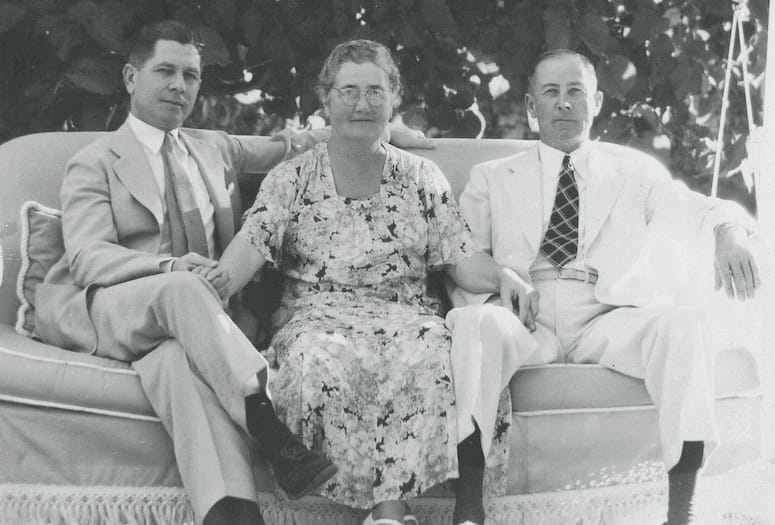 What’s in a name? When it comes to the Downtown Park adjacent to Palm Springs Art Museum, the question is: What’s not in one? Given that it occupies the land where the famed Desert Inn once stood, many locals wonder why it doesn’t bear the moniker of the dowdy, bespectacled woman who arrived at the dusty Seven Palms train station in 1909 and proceeded to change the town’s destiny. That woman not only built the hotel, but it was her vision and sway that led to America’s love affair with desert vacations and made the village, as the city was then called, a magnet for the rich and famous. Nellie Coffman Park does have a satisfying ring to it.

Despite the nurturing love she bestowed on the town, earning her the sobriquet “Mother Coffman,” there is nary a plaque, a street, or a park commemorating her. It’s not as if doing so would be precedent setting. The swollen ranks of city streets and parks named for celebrities and public servants include Gene Autry, Dinah Shore, Charles Farrell, Frank Bogert, Ruth Hardy, Frances Stevens, and Adolph DeMuth. Even game show host Monty Hall had a street named for him in Cathedral City. While there has been hope that the Downtown Park would be named for Nellie, as of this writing it’s not on the Palm Springs City Council’s radar, let alone its agenda. 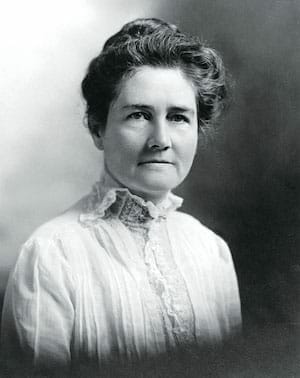 Born in Indiana in 1867 to James and Ruth Orr, Nellie moved with her family to Texas, where her father built and managed a hotel in Dallas. That’s where she learned the hospitality business and met George Roberson. They married in 1886 and soon moved to Los Angeles, where he opened a secondhand furniture store. Strapped for cash, Roberson devised an insurance scam and planned to set the furniture warehouse on fire. The swindle didn’t go as planned, and according to former Palm Springs Mayor and Coffman aficionado Will Kleindienst, when Roberson was arrested for attempted arson, he slit his throat with a pocketknife. The police took him home to Nellie where he died during the night of Jan. 22, 1887. 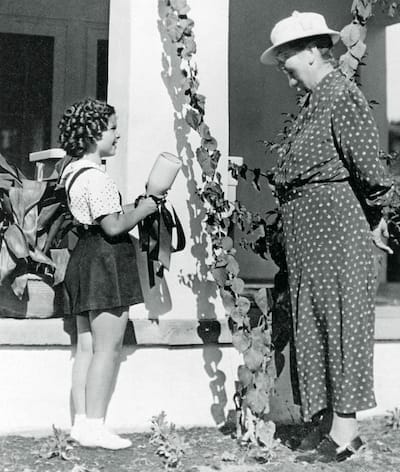 Nellie stands by as child star Shirley Temple christens her cottage at The Desert Inn with a bottle of milk. 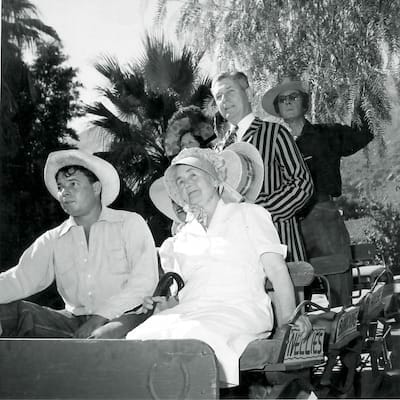 Widowed after only four and a half months of marriage, Nellie, then 19 years old and pregnant, returned to Dallas. Her son George Jr. was born six months later. In 1890, the family moved to California, settling in Santa Monica, where her father ran the St. James Hotel. It was there that 22-year-old Nellie met her second husband, an affluent walnut farmer named Harry Coffman. Not a girl to let the walnut seedlings grow under her feet, she and Coffman were married less than three months later. Within two years, they welcomed a son, Earl.

Plagued by a cough that grew more persistent over the years, Nellie’s doctor suggested that she summer in the mountains. She chose Strawberry Valley, known today as Idyllwild. It was from there, atop Mount San Jacinto, that she had her first glimpse of Palm Springs shimmering in the heat on the valley floor below. The innkeeper where she stayed alerted her to the benefits of the village’s endless sunshine and healing hot springs. Intrigued, Nellie vowed to visit it someday, but with two sons and a husband who was preparing to enter medical school, she had to return to Los Angeles.

It would be almost a decade before she finally made the pilgrimage, arriving on a cold December night in 1908. Overwhelmed by a windstorm that kicked up dust from the village’s dirt roads and underwhelmed by the service at Welwood Murray’s Palm Springs Hotel, she wondered if she had made a mistake. But in the morning, with bright sunshine illuminating the majestic mountains and the sound of birds singing in the palm trees, she knew she had found her “garden of peace,” which she later memorialized in poetry. Then, all she had to do was to convince her husband to give up his medical practice and move east. 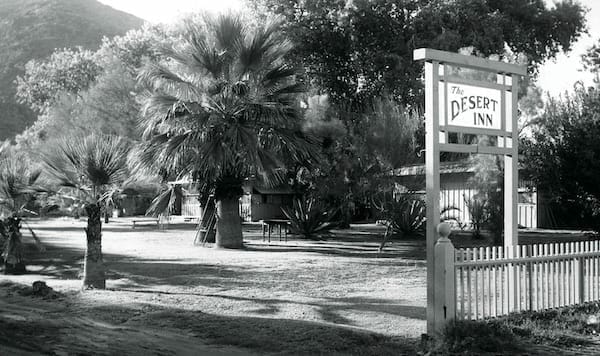 The Desert Inn became the center of the action in Palm Springs. In 1938, the resort hosted a diving exhibition.
Having witnessed the challenges her father encountered operating a hotel, Nellie swore that she would never run a boarding house, but that’s exactly what she did. Appealing to Harry’s desire to help the sick, she proposed that they open a sanatorium for people suffering from respiratory ailments. Leaving young Earl to finish high school in Los Angeles, the family arrived in Palm Springs and put down $2,000 to buy 1.75 acres at the corner of what would become Tahquitz Canyon Way and Palm Canyon Drive.

Their presence increased the village’s white settler population to 14 along with 50 Cahuilla Indian residents.

With only three bedrooms in the original house and four in the converted stables, Nellie ordered wood and canvas tent houses and, within a month, hung a hand-painted sign that read “The Desert Inn.” Suddenly, she was in business. It was a risky move considering there wasn’t even a paved road into town until 1916. Even then, a torrential rain washed out the road, and it wasn’t replaced until 1924. But she believed in her mantra: “Give the people what they want — good food, clean lodgings, and warm hospitality, and the roads and the autos will come.”

As luck would have it, her first guests were two reporters from Los Angeles Times. Impressed by her gracious hospitality and the fact that she served them a complete hot meal despite arriving after 9 p.m., they became advocates, spreading the news about The Desert Inn and its remarkable hostess. People came and spent the entire season, paying $5 a day for the inn’s American plan. At the close of the first season, Nellie had $65 in the bank. 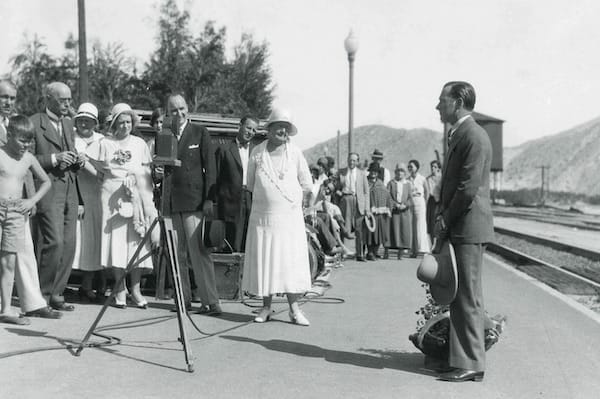 Nellie headed a delegaton of locals who wished a heartfelt “happy trails” to the embattled New York Mayor Jimmy Walker, who relaxed in Palm Springs in 1931 amid a corruption scandal.
She added more tents and secretly had William Charles Tanner draw up plans for the hotel’s expansion. Her ambition to build a world-class hotel that, while not the biggest, was the best, was in direct conflict with her husband’s desire to care for patients. Preferring to cater to the infirm than the rich and famous, he opened his own practice in 1918 in Calexico, some 120 miles away. While there is no evidence of a formalized divorce, their marriage was over. 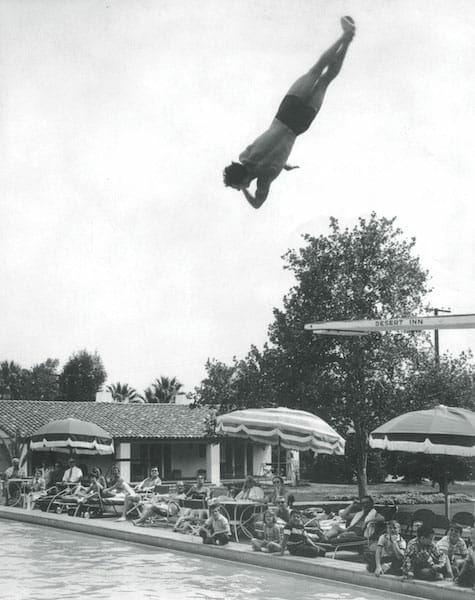 The Desert Inn became the center of the action in Palm Springs. In 1938, the resort hosted a diving exhibition.

Needing funding for the expansion, Nellie borrowed $350,000 from California oilman Thomas O’Donnell, with the provision that she would build him a house on the mountain overlooking the hotel that he could lease for up to 50 years. Ultimately, she wound up acquiring 35 acres — 27 on the flats and 8 on the mountain. Beautifully landscaped, the new 111-room Desert Inn, designed in Spanish-mission style, opened in 1927.

When not tending to celebrities like Rudolph Valentino, Cary Grant, and Shirley Temple (who had a cottage on the property named after her), titans of industry including Cornelius Vanderbilt, and government officials such as Dwight D. Eisenhower, Gen. George S. Patton, and J. Edgar Hoover, Nellie was caring for the town that she had come to love. She worked relentlessly to have the village incorporated into a city, to establish the board of trade, a predecessor of the city council, and to help the less fortunate through the Welfare & Friendly Aid Society, which she founded. She served on the school board and, due to her persistence, Palm Canyon Drive is 100 feet wide, and the village was not overrun with gambling parlors. 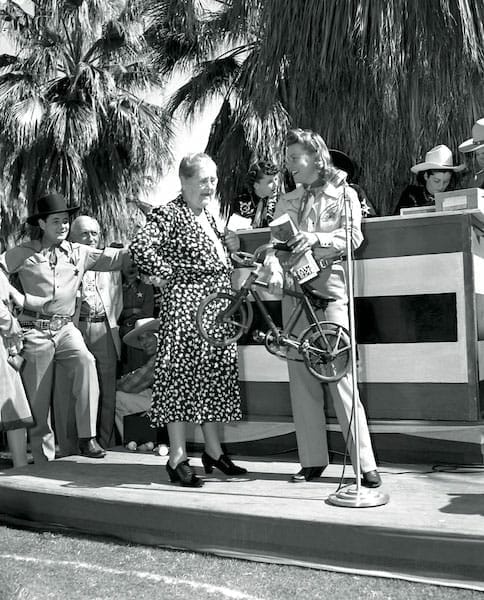 At its peak, the hotel employed 200 workers and was a melting pot of ethnicities and backgrounds. From Chinese cooks, Mexican gardeners, and Jewish painters to Filipino busboys and houseboys and German broiler-cooks, the staff was a virtual United Nations. There are those who say that while the staff was diverse, the guest list was not. Barbara Foster, whose husband Bill served as Palm Springs mayor, remembers reminiscing with Shirley Temple Black over lunch in Washington, D.C., where the former child star served as ambassador to Czechoslovakia. “I was just heartbroken,” she recalls Temple Black saying, “because Mrs. Coffman wouldn’t let Bill ‘Bojangles’ Robinson stay at the hotel.”

Since the guest registers are no longer accessible, rumors persist that Jews and Blacks were unwelcome. Given those allegations, it’s easy to understand how her well-known motto to “Make Palm Springs attractive to attractive people” could be misconstrued and why, 72 years after her death, people may interpret it as restrictive. 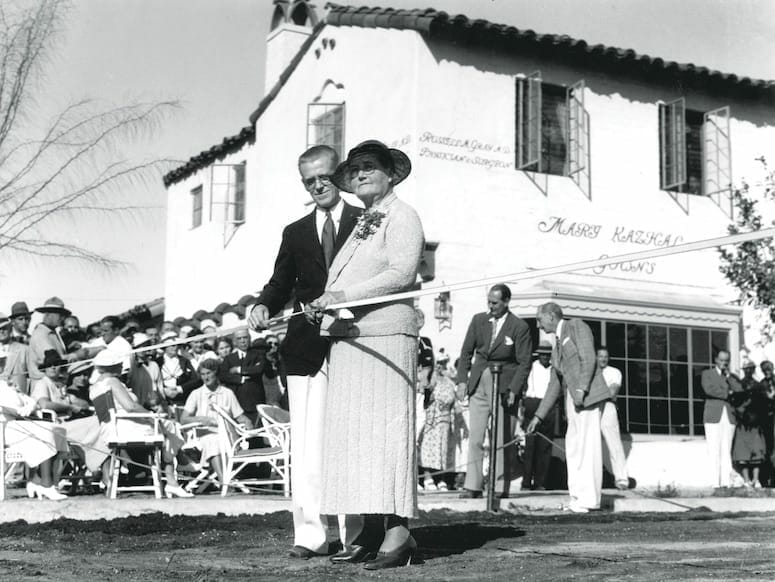 Nellie cut the ribbon at the dedication of La Plaza in 1936.

It might also explain the reticence of the city to dedicate the Downtown Park in her name. After the revisionist uproar over the legacy of fellow city pioneer and four-term mayor Frank Bogert, Nellie might be too hot a potato. We may have to leave the tributes to other cities like Cathedral City, which recognized Nellie’s contributions to the Coachella Valley by naming its middle school in her memory. And while each city has the right to honor its famous citizens as they see fit, it seems appropriate that Palm Springs would choose to venerate the memory of a true pioneer with the same level of esteem that has been shown to movie stars, crooners, and game show hosts.