Built in 1959, the midcentury hotel will be reborn in April as Acme Hospitality’s first property in Palm Springs. The company behind such spots as the Santa Barbara restaurants Loquita and The Lark as well as the hip Nevada County hotels Holbrooke and National Exchange modernized the boutique’s 14-room property, which features a 4,500-square-foot pool and fit pits.In the rooms, chic updates include built-in beds with tufted blush-colored headboards. azureskyhotel.com 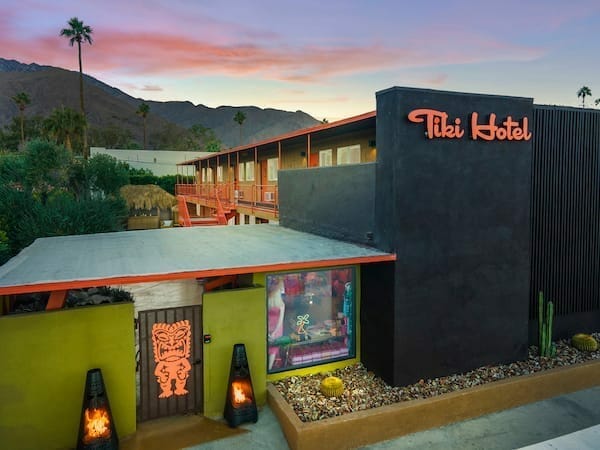 PHOTOGRAPH BY STEVEN CLARK
The Tiki Hotel has 11 rooms, which are available as a buyout.

After opening the splashy Art Hotelin 2020, designer Tracy Turco turned her attention to the property next door, transforming the former Carlton Hotel into a celebration of all things Polynesian. The 11 rooms, which are available as a buy-out, are embellished with rattan furniture, vintage finds like masks, and Tiki-print wallpaper. A gift shop in the front sells — what else? — Tiki mugs and other tchotchkes, as well as jewelry, handbags, and other wares by Turco. tracyturco.com/tiki-hotel 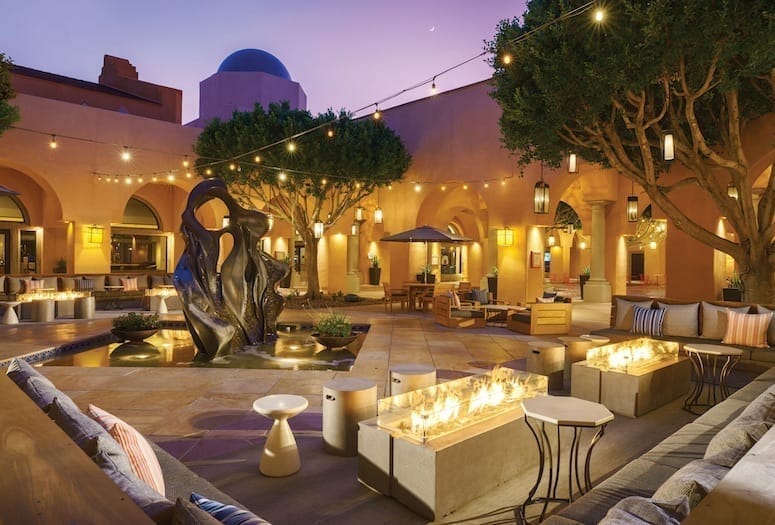 This behemoth 365-acre resort recently emerged from a massive $15 million renovation with several updates, including refreshed rooms, 12 new pickleball courts, an outdoor concert space (dubbed The Backyard), and an expanded pool area with 30-foot double-barrel waterslides. The most fun addition is Pinz & Pints, a new family-friendly arcade-style venue with two lanes of pint-size duckpin bowling and scads of games, including air hockey and claw machines. westinmissionhills.com 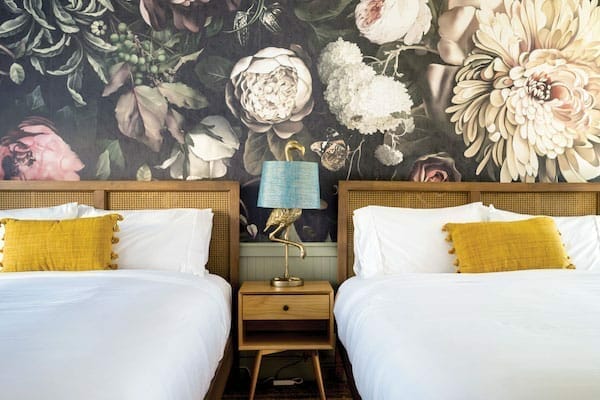 Since welcoming its first guests last August, everything has been rosy for this 10-cottage property in the Uptown Design District formerly known as Burket’s Trade Winds Hotel. Before reopening, Fleur Noire co-owners Chris Pardo and Corey St. John tapped artist Louise Jones to slather each of the Spanish-style buildings with images of bright blooms on a black background. The flower power extends inside with wallpapers and fabrics designed by Ellie Cashman. fleurnoirehotel.com 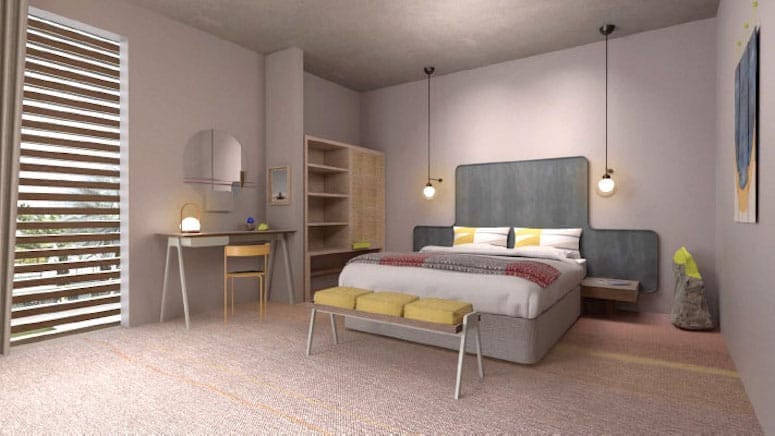 Talus, formerly known as SilverRock, in La Quinta will be home to a pair of new resorts: a 134-room Montage and 200-room Pendry at the base of the Santa Rosa Mountains adjacent to the Arnold Palmer–designed golf course. They’re poised to open next year. taluslaquinta.com

The long-delayed project on the border of downtown Palm Springs and the Uptown Design District is now expected to open by the end of the year and be branded as one of Hyatt’s posh Thompson hotels. (It was originally meant to be an Andaz.) thompsonhotels.com

RuPaul’s Drag Race: All-Stars champ and cosmetics icon Trixie Mattel is werking on turning the old Ruby Montana’s Coral Sands Inn in Palm Springs into a seven-room pink palace — and the drag queen is documenting the process for a Discovery+ series. trixiemattel.com 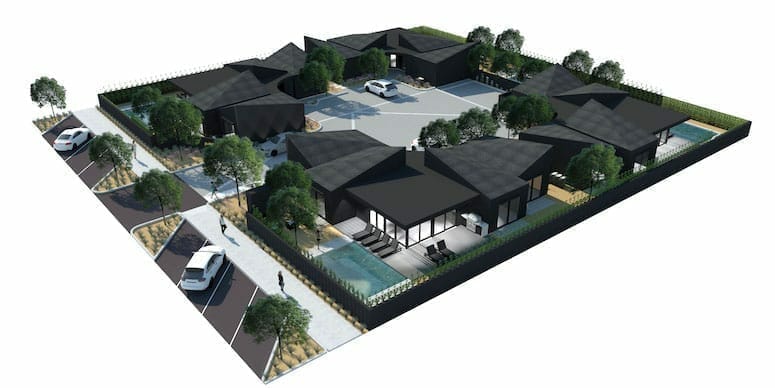 A rendering of Blackhaus Hotel.

Down the street from Bode Palm Springs, Arrive and Fleur Noire mastermind Chris Pardo is building a similar Airbnb-style property. The hotel will feature four separate structures, each with five rooms and their own pool, patio, and parking spaces.