Commuting In and Around Palm Springs 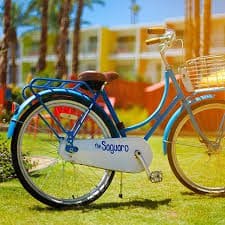 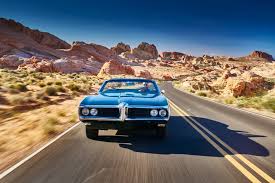 Palm Springs is a beautiful city that is host to a variety of stellar sites and is very close to famous forests and national music festivals. People like Dean Martin and Frank Sinatra had some of their many homes in Palm Springs, Joshua Tree National Park is just a short drive, and the massive Coachella Music Festival happens only half an hour away every year.

When it comes to transportation, it may seem on the surface to be a difficult place to live in or travel to due to the density of attractions in the city and surrounding area. However, with a variety of transportation options available to locals, it is easier to get around and has less cluttered roads than many other Southern California areas.

If you choose to drive your own vehicle, commuting is much easier than other cities in California. So much easier, you’ll likely forget you’re in California! It’s also the most common form of transportation. Just like any other city, the amount of traffic and commuting conditions are dependent of what area of town you’ll be coming from.

If you’ll be driving mostly in the downtown area and the parts of the city known for their famous residents, you may find yourself coming across a lot more tourists and visitors from outside Palm Springs. That said, you might have to deal with slightly higher traffic congestion. In areas further from downtown Palm Springs, such as Palm Desert and Rancho Mirage, traffic thins out noticeably and routes will be far less congested.

Compared to the rest of the United States, the average commute time is much less, with an average of 18 minutes. 71% of those commuting drove by themselves, leaving the average car ownership at 2 cars per household. Additionally, 31.6% of Palm Springs are considered “super commuters”, which are those making commutes longer than 90 minutes. This is likely those coming from Los Angeles, or vice versa. If you’re going to take on a super commute, using your own vehicle for transportation is a must. Also, consider opting for a commuter car for fuel economy and ease of parking.

If you don’t own a motor-vehicle of any sort, the best form of transportation to rely on is public transportation. The city government works with the Sunline Transit Agency to provide a reliable bus system. There are 15 bus routes going from each end of the city, and one commuter bus route that goes to Riverside. The buses stop about 4 times an hour at each stop, once every 15 minutes.

If you get worried that you might miss a bus, you can check the Sunline website for real-time updates of bus locations and approximate arrival times, helping to plan out the day more accurately.

It costs just $1 for an adult fare, $0.85 for a child fare, and $0.50 for a senior fare. If you need to use multiple buses, you will not have to pay a full fare again – just pay $0.25 to transfer to a new route and continue your trip. There are also multiple tiers of longer-term bus passes available through the Sunline Transit Agency website.

alm Springs is a biker-friendly city. If this is your preferred mode of transportation, you’ll fit right in! When paired with the use of public transport – buses have bike racks and mounts on the outside of the bus – biking can be a simple and efficient way to navigate the city without reliance on a car. Regardless if you hop on and off the bus, you’ll need a spot to park your bike when you reach your destination. You can locate a bike rack near you on this bike rack map.

In the summertime, bring extra water with you along your commute as temperatures can quickly climb to three-digits.

Commuting and getting around Southern California is notoriously frustrating and confusing – but in Palm Springs, the local government and businesses have made those trips just a little easier with multiple accessible and affordable options for transportation.