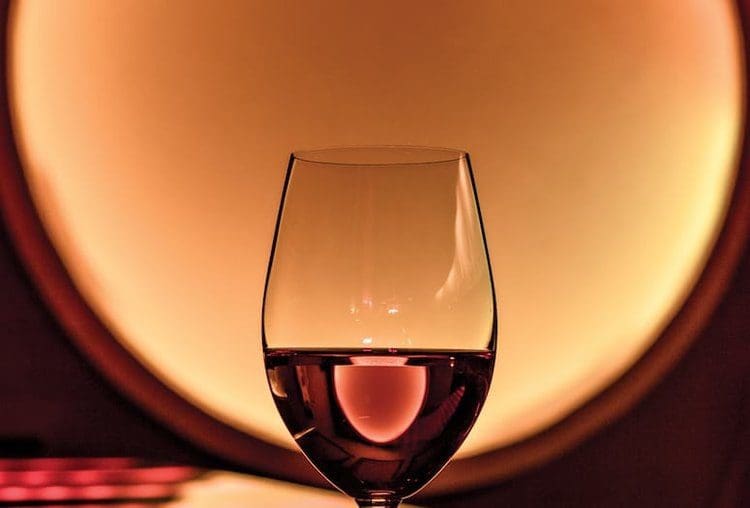 A rabbi, a mortician, and a conservationist walk into a bar.

It may sound like a joke, but this diverse trio describes three regular patrons of Dead or Alive, a 2-year-old wine bar in Palm Springs.

Once-popular wine bars have been supplanted over the past 10 years by cocktail lounges and craft breweries, according to Dead or Alive founder Christine Soto — a trend fueled in New York and Los Angeles. “Wine takes a back seat to cocktails if you have a full bar,” she notes.

But as food-loving millennials discover the pleasures of oenophilia, wine consumption is experiencing a steady rise, and dedicated venues for tasting, learning, and discovering are seeing resurgence. “I love wine bars because they provide an opportunity to try different things,” Soto says.

The trend can be seen across the Coachella Valley. “Our guests are adventurous, and they’re looking for an experience,” says Parker Palm Springs general manager Brandon McCurley with regard to last year’s introduction of the hotel’s Counter Reformation wine bar. The clientele, he adds, is “almost 50-50 hotel guests and locals. Our demographic ranges from younger and new-to-the-area to residents who have been here many years looking for something fresh and sophisticated.”

Here’s a look at some of the best places in the valley to swirl, sniff, and taste. 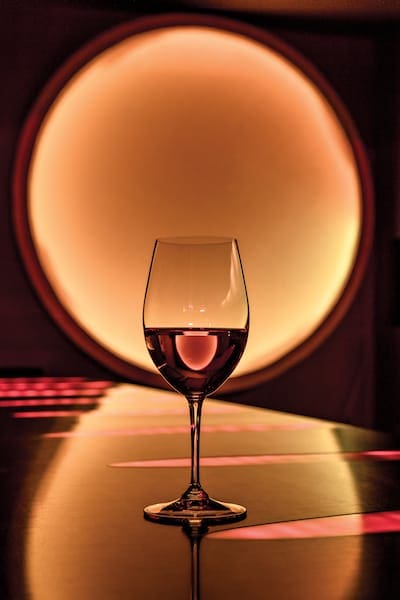 Among The Pours At Dead Or Alive Is Amplify Wines’ Pink Flag Rosé Of Counoise Grapes From Santa Barbara County.

From the name, one might expect an Old West–themed saloon, not an intimate room with the refinement of eclectic music and a pink glow from a neon sign reading simply “Wine & Beer.”

“The concept was to be dark and alluring,” Soto says, adding that the lack of a business-name sign (the exterior is identifiable only by a glowing red circle) “in no way means I want to be secret or exclusive. I want anyone interested in wine and beer to come drink here.”

The long, narrow venue seats 21, mostly at the bar, which features embedded colored lights and a waterfall effect for lower stools at the front end. The tall backs of four unstained wood booths lend those spots to private conversations.

Soto notes that her bar is popular for people on Tinder dates but also attracts a lot of single men (in town on business, she speculates) and groups of women in their 50s and 60s.

A level-one sommelier, Soto selects only noncommercial wines. “There is no point in opening a wine bar to serve what someone can buy at the grocery store,” she says. “There is no discovery and experience in that.” She encourages patrons to “order something you don’t know — that you can’t pronounce.”

Soto hosts monthly wine tastings and the occasional Wine Wednesday, with half-off  bottles. The bar lacks a kitchen, but there are snacks such as gourmet potato chips, olives,  nuts, and vegan cheese. 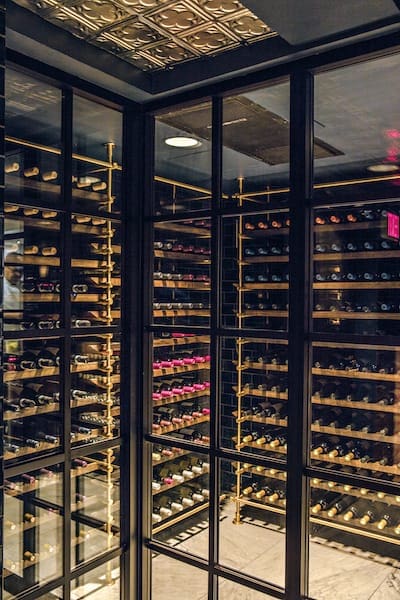 Counter Reformation At The Parker Takes A Democratic Approach: All Wines On Offer, Such As Château De La Liquière Faugères From Languedoc-Roussillon, Cost $7 Per 3-Ounce Pour.

Down a tree-cloaked path beyond the lobby of Parker Palm Springs lies a wine bar in a former storage space. With its “hidden” entry, low ceiling, lack of windows, ’70s playlist, and Reformation-era pictures on the wall, the place feels a bit naughty. But that’s OK, because Counter Reformation also features an authentic confessional from Italy.

“The hotel owner, executive chef Herve Glin, and I love the caves à manger of Paris,” McCurley says of the bar’s inspiration. “In the initial design, the counter was the core, with people standing and interacting. But Paris and Palm Springs are two different things; sitting is more approachable here.”

However, interaction remains key, so all 20 seats are along the zinc bar; Glin himself regularly engages with guests.

“With one counter, it’s so easy,” Glin says, emphasizing that he is “having fun” creating small dishes to complement the diverse wines, such as braised baby artichoke hearts, oysters, and caviar with crème fraîche and quail egg.

Small-batch wines that, McCurley says,  are “not available anywhere else in the  Coachella Valley” rotate onto the menu.  To encourage discovery by removing the decision-making process based on price, all wines cost the same: $7 for 3 ounces, $12 for  6 ounces, or $42 per bottle.

“People come before and after dinner and find it so relaxing that they end up trying two or four wines,” he notes.

From 2002 to 2014, The River at Rancho Mirage offered the desert’s only winery tasting room, Tulip Hill. In late November, a new one opened in the same space.

Owner Salvatore Evangelista, a wine importer for many years, previously operated the Gaia Italian bistro a few doors down. Concurrent with embarking on winemaking in Paso Robles, he opened the Rancho Mirage lounge to feature his own label (made with purchased grapes), as well as imported wine, and beer from Thousand Palms–based Coachella Valley Brewery Co.

Differentiating itself from Tulip Hill, which served only its own wines and included a retail component, Coachella Winery uses the space to accommodate seating for 60 at tables, pairings of loveseats and easy chairs, and a bar. Living room–style furnishings, low-hanging light fixtures, and lounge music inject warmth into the high-ceilinged expanse.

“We get customers ranging in age from 20s to 80s,” says Luca Ricca, Evangelista’s nephew and bar manager.

Wines under the house label can be purchased by the carafe, glass, or in a flight of four. A separate menu lists wines from Portugal, Spain, France, and Italy, sold only by the bottle. There’s an extensive Italian-leaning food menu too.

Old Town La Quinta’s Wine Emporium veers from the cozy atmosphere of other venues,  with capacity for 60 people indoors and  70 more on the patio.

Owner Marcie Johnson uses the space adjoining her Old Town Coffee Co. to keep the buzz going well into the evening, when live music or DJs are on the bill.

“During the day, we get locals that want to hang out, like groups from country clubs. It’s really night and day between night and day,” manager Dustin Miller says.

A seven-piece country band draws “a huge crowd” on Tuesdays during the season, he adds. “Once the music gets going, people dance, and everybody parties.”

The bar attracts sports fans (two flat-screen TVs show football games) and beer aficionados. “We sell a ton of craft beer,” Miller notes, “but the emphasis is on wine.”

To that end, Wine Emporium offers 2-ounce tastes, as well as wines by the glass. Bottles can be purchased for consumption on-site or taken home. The venue occasionally hosts tastings with winemakers and operates a wine club, for which it hosts monthly pick-up events. The food menu includes cheese and charcuterie plates, sandwiches, flatbreads, and salads.

“Wine bars have evolved,” Miller notes. “We have live music, and that attracts people of all ages and backgrounds.”

Just A Taste A Winemaker Sets Up Shop.

“Palm Springs was one  of my best areas for sales, and I realized this was a wine-drinking community,” he  says, noting that shops in  the area bought 10 to 15 cases at a time, compared to  those in Los Angeles buying two to three.

Because his winery license allows only one off-site tasting room, Cargasacchi shuttered the one he had in Lompoc  and in December opened  a Jalama Wines tasting  room in downtown Palm Springs’ La Plaza.

“When I announced on Facebook that I was closing it, I was scared a lot of people would discontinue the wine club. But most of our club members are from Los Angeles, and the feedback I got was how awesome it was that I was moving to Palm Springs. They said, ‘You will get me to Palm Springs before you will get me to Lompoc,’ ” says Cargasacchi, whose operation has vineyards in the Santa Barbara County and Santa Rita Hills AVAs. In one month here, he gained 10  club members.

The tasting room’s ambiance reflects the Cargasacchi family farm, he says, with redwood-lined walls and black-and-white photographs of the ranch  and vineyards under dramatic skies. “I am trying to bring  the ranch down here.”